One Night in Joshua Tree

Find out what it’s like to spend a night in Joshua Tree National Park in this excerpt from “Two Lane Gems, Vol. 1.”

The Joshua tree is one of my favorite plants, despite the fact that the official name is Yucca brevifolia.

This is a long-standing abhorrence that stems back to my childhood in Terre Haute, Indiana. For some reason, yuccas flanked our driveway, hugging the ground like a cluster of bayonets, and every time I mowed the grass the darn things would reach out and stab me.

Joshua trees, compared to their squat, evil cousins, are tall and stately, and keep their long prickly spines high above the desert floor. They look like supplicants raising their arms to the heavens, which is, in fact, how they got their name. In the 1800s a group of Mormon settlers saw them for the first time and were reminded of the Biblical character Joshua. If that’s too denominational for you, you can always call them izote de desierto – desert dagger in Spanish.

The drive from Oceanside to Joshua Tree National Park Visitor Center was a short one, relatively speaking. Just a little more than two hours after we’d left my in-laws’ driveway we pulled into the gravel lot.

I practically skipped to the entrance. From the moment we decided to take this trip I wanted to camp in Joshua Tree National Park, even though I knew nothing about the park beyond the brilliant night skies and its namesake. (In August, 2017, Joshua Tree was officially designated as an International Dark Sky Park.)

We entered the center, checked the campground board, and – OH NO! It wasn’t even two o’clock and nearly all the campgrounds were full. I had been looking forward to this for months, but I couldn’t reserve in advance because all but two of the campgrounds were first-come, first-served. The nice, wonderful ranger told us where we might be able to find a campsite and told us the quickest way, but before we could hightail it out of there we had to get our National Parks and Federal Recreational Lands Annual Pass.

This beautiful piece of plastic is your passport to the wonder that is America’s National Park System. It’s $80 for the year and entrance to Joshua Tree alone is $25. By the time we got to Bryce Canyon the pass had paid for itself.

We grabbed our pass and map and raced back out to Mae, our on-loan Kia Sorento. We could have driven through the park, but the friendly ranger said it would be much quicker if we took Twentynine Palms Highway to the East entrance. As we handed over our pass and ID the ranger at the gate told us there may still be some spots at Jumbo Rocks. I tried to keep my anxiety at bay as we drove the paved road behind another SUV. “They better not be camping,” I muttered.

As we neared the campground, we began to see granite boulders jutting out of the ground like ancient creatures trying to escape the molten lava below. We pulled into the campground and my concern grew as we passed each occupied site. Jim spotted a sign pointing to the left. We turned, and there in front of us was a big, giant, beautiful, empty campsite. Crap – there was a ticket on the sign post. He pulled over and I jumped and ran to the flapping yellow ticket and read the date. March 7. It was for March 7! And we were there on March 8! Site 119 was OURS!

Jim parked Mae and as I started unpacking, he grabbed one of our radios and walked back to the entrance to pay for the site. When he returned we both checked out our home for the night, smiling and grinning.

To the left was a boulder that was probably twenty feet high with a tree growing out of its base. Erosion had created a natural shelf, which became my “kitchen.” To the right was a giant, sprawling mass of boulders. A fire pit was set on the slope, protected from any wind.

Before we set up our tent, we explored, because our site was big enough to need exploring. While we knew there were campers on the other side of the boulders to our left, there was no one else around. It was like we had the park almost to ourselves.

Finding this campsite may have been sheer luck, but I chose to look at it as the Universe giving us a big thumbs-up.

After setting up the basics we had to go back to Twentynine Palms to get some firewood, so we decided to explore the park on our way out. We took one of the back-country roads and passed open valleys of Joshua trees popping up like so many Whack-A-Moles.

It was surreal, otherworldly, alien, basically any cliché you can imagine when attempting to describe a landscape that’s like nothing you’ve ever seen. We drove to the scenic overlook at Keys View and looked out at the Salton Sea from the opposite side of where we’d been the week before.

By the time we returned to the campsite the sun was setting. We didn’t even have time to get out the lanterns before the moon rose, and it was so bright we had no need or desire for artificial light.

As we drifted off to sleep I realized it was absolutely silent. There were no trees rustling, no animals scampering. It could have been eerie. Instead, it was peaceful. Sublimely, supremely and sleepily peaceful.

That night was a turning point. I felt it emotionally. Mentally. Physically. I got up before dawn, as is my habit when camping, so I could see the day begin. I cracked the spine on a new journal and as I wrote the words flowed freely for the first time since we’d left home nearly three weeks before. It was so quiet I heard a bird’s wings flap as it flew overhead. A tiny lizard scampered on the rocks. I finally made the perfect cup of camping coffee.

We started packing up after breakfast and saw a couple surreptitiously eyeing our site. We invited them in and told them we were leaving so they could have it. They thanked us profusely because, while they’d arrived the night before, their kids were coming that day and the site they had was too small. Turns out Jack and Gina, definitely outdoorsy folks who were trying to dirt bike across Arizona in their spare time, had camped often, but this was their inaugural tent camping experience. Joshua Tree could be a little rough for first-timers. There’s no water or electricity, and it was actually our first time camping without power. If you don’t have a great site and it’s your first time, it could put a damper on the whole experience.

“This may well be the turning point,” Jack said. “We’ll look back on this and say ‘that’s when things got good.’”

“This is when we decided we loved camping,” Gina agreed.

Glad we could help.

I hated to leave Jumbo Rocks Campsite #119 and I certainly did not want to leave Joshua Tree, but in that weird cycle that was now familiar to us, I was also looking forward to getting to Bishop. This leg of the trip took us directly north and we had a long way to go. 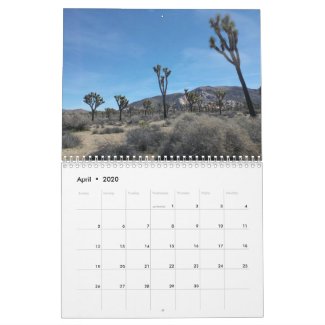 If you enjoyed this excerpt from Two Lane Gems, Vol. 1, you’ll LOVE the book! Free for Kindle Prime & Unlimited subscribers.