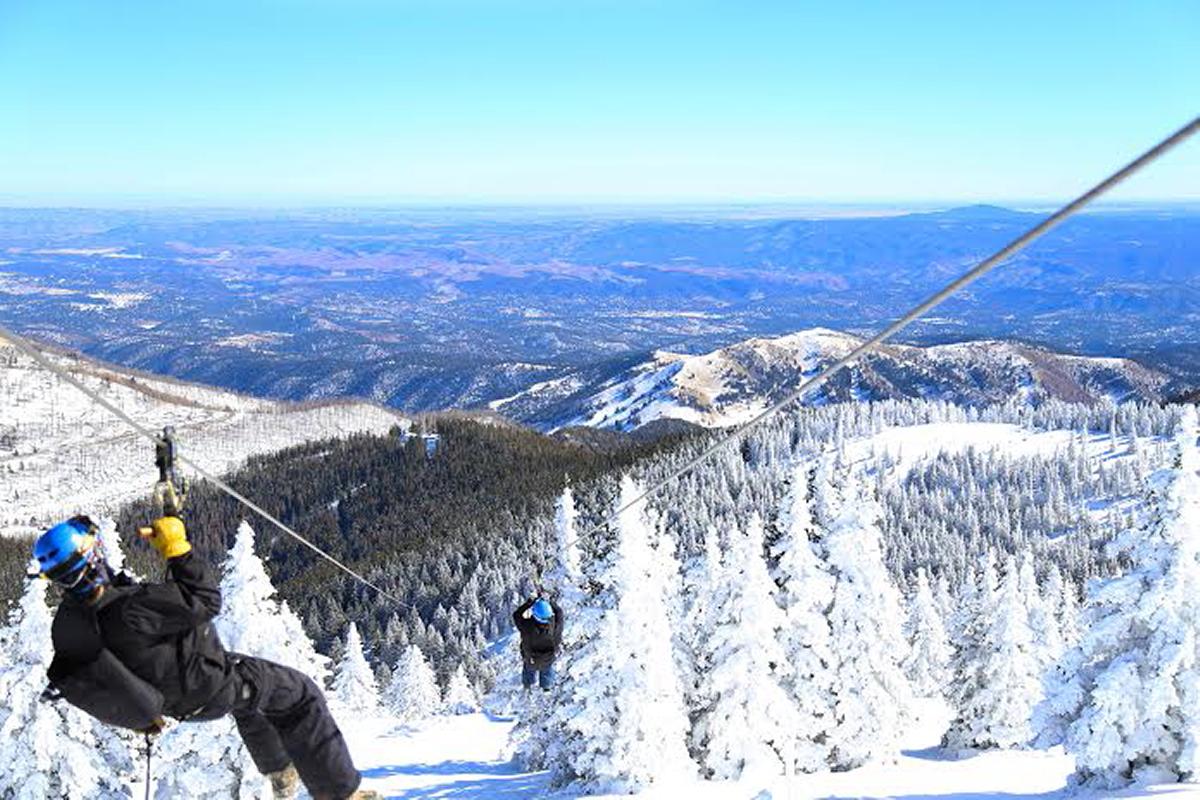 Earlier this year my husband and I visited thirteen states on an epic road trip from the Chicago-area to San Diego and back, taking a meandering loop that covered 6,479 miles. One place we didn’t visit, and I wish we had, was Ruidoso, New Mexico. This resort town is off the beaten path and is exactly the type of place that filled our itinerary.

Named for the Rio Ruidoso, or “noisy river,” that plunges from the Sierra Blanca Peak to the Hondo Valley, Ruidoso is a combination of natural beauty, history, and small-town charm. The area experiences four seasons, with mild temps in the low 80s during the summer and low- to mid- 20s in the winter, making it a fun place to rediscover yourself no matter what time of year it is.

Why is Ruidoso, New Mexico, now on my Travel Bucket List, and why should it be on yours? Let me count the ways.

1. Ruidoso is a great place to get outside

With its beautiful mountain vistas, crystal clear lakes, and tumbling river, Ruidoso is a living postcard. There are several ways you can jump into the great outdoors, including mountain biking at Grindstone Lake, Fort Stanton, Cedar Creek, and Lake Mescalero.

If you prefer to see the country on horseback, saddle up at Grindstone Stables in the Lincoln National Forest. Hikers can explore the wilderness at the Smokey Bear Ranger District, where they might see elk, deer, and bears.

Fun fact: the real Smokey Bear, a cub who survived a forest fire, although his paws were burned, was found in nearby Capitan. He was rescued and lived in Washington D. C.’s National Zoo for 26 years, and when he died he was buried at the Smokey Bear Museum.

If you want something more relaxing, spend the day fishing at one of the area’s many lakes, streams, and reservoirs, or hit the links at one of the many golf courses. They’re so beautiful you won’t even care if you hit one into the sand.

And if you’re in Ruidoso in the winter, you can’t miss snowboarding and skiing on the slopes at Ski Apache. While you’re at the Mescalero Reservation you can zipline over the lake, even in the winter! (If you’ve never ziplined, I HIGHLY recommend it.)

It’s easy to step back in time when you visit Ruidoso. New Mexico’s past is encapsulated at the Smithsonian-affiliated Hubbard Museum of the American West, where visitors will travel through the cultures of Native Americans, Hispanics, and the Pioneers.

This history can also be explored at Fort Stanton State Historic Site. The fort was established in 1855 and was a military garrison during both the Civil and Indian Wars by the military, and later became the first tuberculosis hospital in New Mexico. During World War II, it served as an internment camp for German seamen.

During our trip we realized that no visit out west is complete without a visit to a ghost town, and White Oaks Ghost Town is the real deal. It began as a Wild West cattle town, and then gold was discovered in them there hills and the whole place blew up. The story goes that there were just as many lawyers as miners, but they all dried up when the gold did. While you’re there, belly up to the bar at the No Scum Allowed Saloon and bring an extra dollar so you can tack it to the ceiling.

Ruidoso’s most famous historical character is the infamous Billy The Kid. You can walk in the outlaw’s footsteps, along with lawman Pat Garrett, at the Lincoln Historic Site in nearby Lincoln, New Mexico.

Speaking of Billy the Kid, be sure to drive the scenic byway named for him. You’ll get an upclose and personal view of that gorgeous scenery that’s made Ruidoso so enticing for centuries.

3. Local art and culture make for a great escape

For more entertainment there’s quite a bit to experience in Ruidoso. The Spencer Theater for the Performing Arts is renowned for its Dale Chihuly collection. They’ve got the largest private collection of the glass artist’s work that’s open to the public, and the $22-million theater itself is a work of art.

The chuckwagon dinner and show is a southwest standby, and you can get your fill of fiddling at the Flying J Ranch. This summer attraction invites you to explore the old west town of Bonita City, pan for gold, and take a pony ride before settling in for some good vittles and bootstomping music.

The town of Ruidoso is lined with art galleries and studios, which makes sense since it’s New Mexico’s top arts destination. After browsing through bronzes and gemstones, you can get a bite to eat at Pena’s Place if you’re in the mood for Mexican, or dig into a juicy burger at Hall of Flame Burgers. If it’s a steak you want, Texas Club is the place to be.

Can you see now why Ruidoso, with its small town charm, mountain vistas, and southwestern history, is on my travel bucket list? I’m bettin’ it’s on yours now, too.

For more information and to plan your trip, visit Discover Ruidoso. Be sure to wave, because I’m planning my adventure there, too. 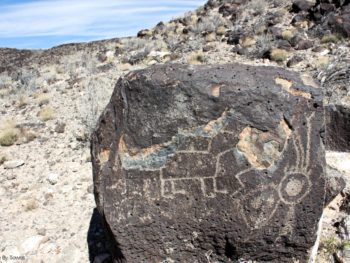 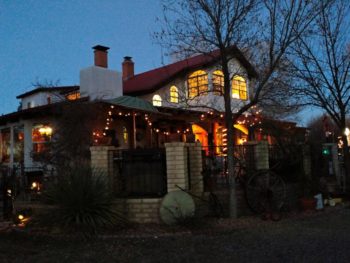 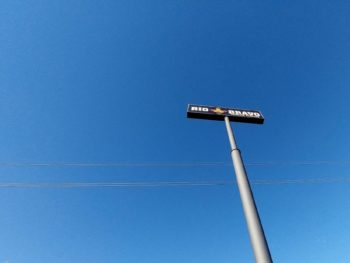 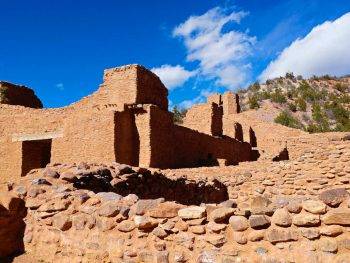 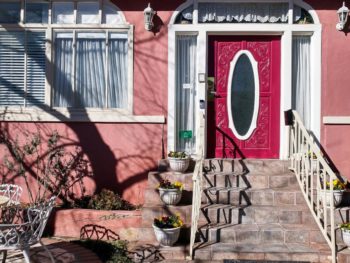 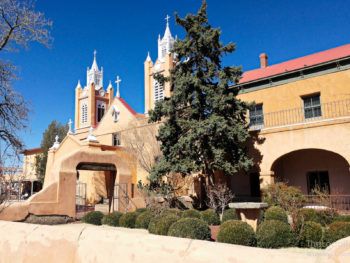 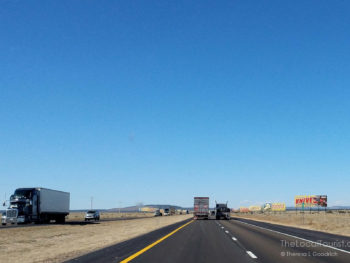 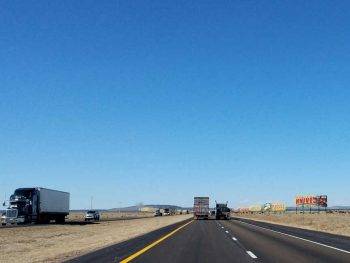 A rainy day visit to Castle Dome Mine Museum
Next Post: The Casino That Isn’t and Arizona’s First Motel