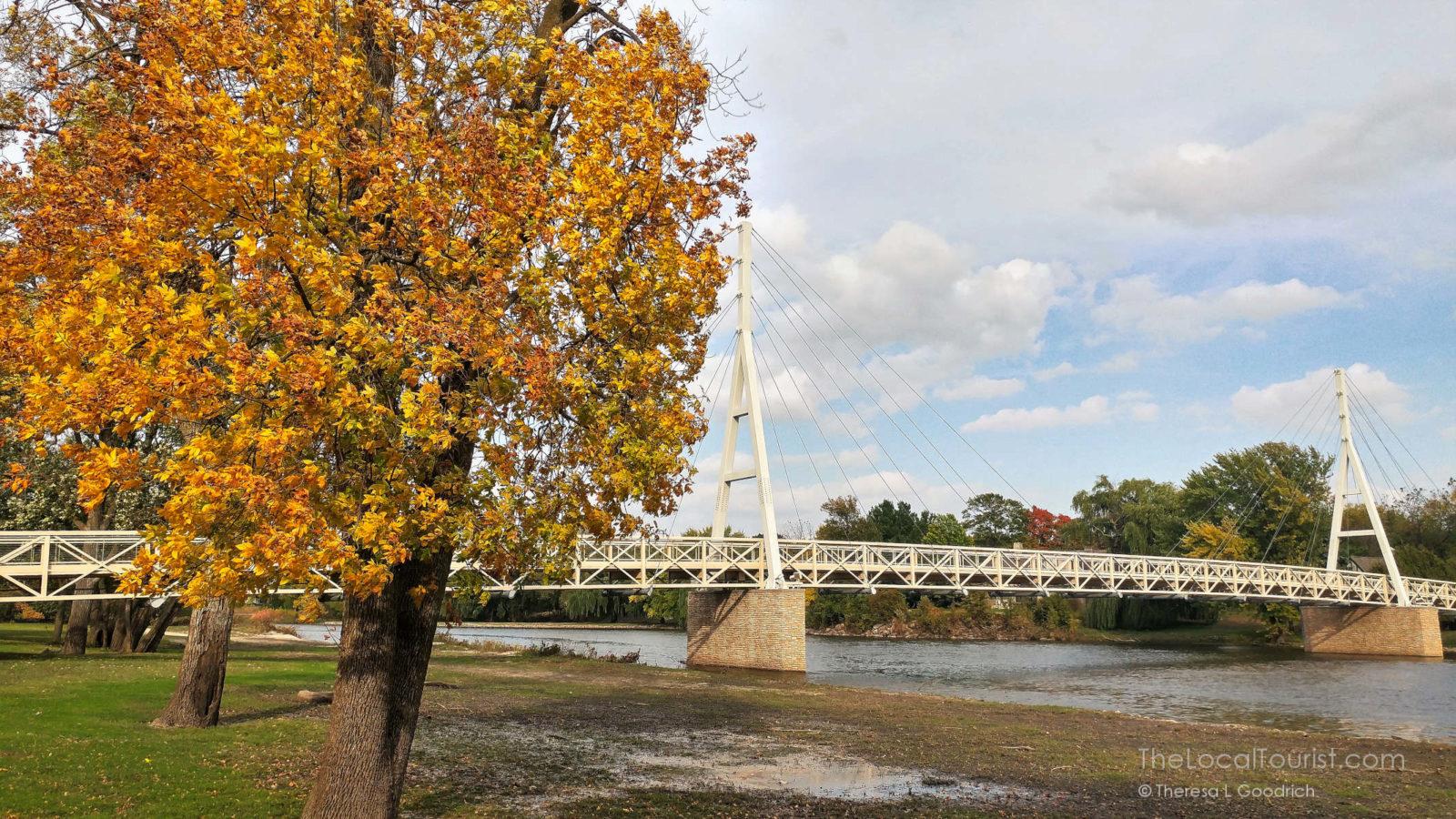 When I think about everything I explored in Charles City, Iowa, I’m still a bit flabbergasted. Despite considering myself fairly open-minded, I discovered I’ve got a few lingering stereotypes when it comes to rural living. I should say “I had” a few, because after this visit and a previous one to Webster City (more on that town later) I have an entirely new understanding of farms, farmers, and the towns that support them.

This is why I love travel, and why I think experiencing unfamiliar cultures and communities is vital. When you explore someplace new and meet the people who live there, assumptions disappear and are replaced with knowledge and, hopefully, understanding. It’s hard to lump people together into one homogeneous group when you can picture two, three, ten people who fit one adjective but who you personally know are completely different from one another.

As I mentioned in Part I, the only thing stereotypical about Charles City, Iowa, is that it will surprise you.

Take, for example, pizza. Joel and Gillian Biggerstaff opened Cedar River Pizza Co in February, 2016, in a century-old building just off of Main Street. The couple have worked in several pizza joints and they met when they were working at one in Sioux City, so they know their pies.

They began serving their own with some pop-up dinners, and they were so successful that during one of the pop-up evenings they had to unplug the phone because it was just the two of them and the calls were more than they could handle.

The reason for their success is that their pizza is really, really good. They make their own dough, grind their own cheese (because true chefs know you never use pre-grated cheese. For shame!), and get their ingredients from local farmers and the farmers market. They don’t even have a freezer and the only thing they import is olive oil. They have a build-your-own menu and also create specialty pizzas and share what’s upcoming on their Facebook page.

“Sometimes they yell at me,” when there’s a specialty they really like, Joel said. “‘You need to bring that back!'”

One of those favorites is the bacon cheeseburger, complete with pickles.

And now I want one…

Their success is also due to being good people. Now, I only spent a little time with them, but when I hear that they’ve got the same employees they had when they opened, and these employees are high school students, that says a lot. They also employ adults with special needs from NIVC (North Iowa Vocational Center).

For now they offer delivery and carry-out only, but the couple will be opening a dine-in expansion sometime in the next year. There’s an old brick structure attached to their building that they’ll convert into a dining room, and the wall facing the river will be a clear garage door that will open onto patio seating in the summer. Combine that with Cedar River WhiteWater, downstream just a bit from their store, and I have a feeling this couple will be serving up their artisan pizza for a long time to come.

The Charles City Chamber of Commerce was kind enough to give us $15 in “Charles City Cash” so we could do some shopping on Main Street, and we made a bee-line for Darbe & Co. Be prepared when you walk into this jam-packed store- you will find something you absolutely need, and that has nothing to do with the wine you can sip while shopping. Seriously – we didn’t have any while we browsed, and each one of us found a treasure to take home. And I am NOT a shopper. I don’t know how owner Deb McNeilus does it; it seems like every square inch is covered, yet the store does not feel claustrophobic. The boutique features women’s clothing, skin care, truffles, purses, shoes, and the most adorable fascinators fit for the Derby.

If you think coffee shops that roast their own beans are the purview of big cities, Charles City will make you think again. Aromas sources their beans from all over the world and roasts them in-store. They have Italian roast, Brazilian, Ethiopian, Costa Rican, and many more, and they’ll ship them anywhere.

My dad’s an artist. I am not. Yet, after an evening art class at The Rustic Corner I have a canvas that I can – and do – hang on my wall. The class was hosted by artist Robin Macomber of the Art Box. Her teaching method, using stencils and layers of paint, ensures that attendees want to take home their artwork and not throw it in the bin. The BYOB classes are popular, and on the night we attended there were several return artists. The Rustic Corner lists the classes on their Facebook page, and if you’re in town it’s definitely worth signing up!

Speaking of Facebook, one thing we heard over and over is that Charles City is a “Facebook town.” Most of the businesses have pages on the network, and during the recent flooding the city used Facebook Live to communicate their public safety measures and activities.

In Chicago drones are used to create gorgeous videos of the city from above. In Iowa, drones are used to monitor crops and help efficiently pinpoint trouble spots. Instead of having to physically tour the fields they can simply use the drone to get a birds eye view. Devon Murray farms _____ acres with his Dad and Uncle, as well as selling seed for Pioneer, and they use them to quickly ascertain the health of their crops.

One of the fallacies that Devon pointed out was the distinction between Corporate vs. Family farms. The Murrays have a large operation, so they are incorporated. Any business owner knows that once you reach a certain size, and especially if you have the potential for liability as you most certainly do when you operate equipment the size of a combine, it’s best to incorporate. Yet, they’re also a family farm. It’s another assumption that dissolves when mixed with conversation.

Bill Fluhrer is one of my new favorite people. I want to meet with him at Aromas and just listen to him talk, with his calming, steady cadence and just a hint of humor, as he shares his amazing accomplishments. I’m not using “amazing” lightly. This man, 83 years old, is in the process of turning a silo into an observatory and reading room. He’s already built a house in the trees, moved a tenant house from one spot to another, created terraces in his farm land to help the environment, invented a hydraulic ladder, and was instrumental in bringing windmills to Charles City. Amazing. Bill’s getting his own post. Heck, that man should have a website dedicated just to him.

Even with everything there is to see and do in Charles City, the most enjoyable aspect of the visit was meeting the people. They were genuinely warm and excited to share what makes this area home to them.

Becky Meyer took time out of her day to drive us to see Devon and Bill, and she entertained us with her passion for farming and her hometown.

Randy Heitz and his family literally shared their farm and home with us for lunch. We met his horse and chickens and dog and farm cats everywhere you looked. He showed us the bell that rang at his grandmother’s one-room school, and then he invited us inside his house.

His wife Marilyn made a delicious lunch, including the soup pictured above, with many of the ingredients from their garden. We also met his son Alex and daughter-in-law Roshni, and heard the extraordinary tale of how they met in Nepal when Alex was there doing volunteer work.

Charles City is surprising on so many levels, and I’ve got even more stories. Lorraine generously invited me to stay another night at Red Cedar Lodge so I could continue exploring. That extra day gave me time to tour the childhood home of Carrie Chapman Catt and Randy invited me to join him at a Mennonite Auction, and I’ll be sharing those as well.

Have you been to Charles City, or are you from there? I’d love to hear your thoughts and recommendations on this delightful town in North Central Iowa. 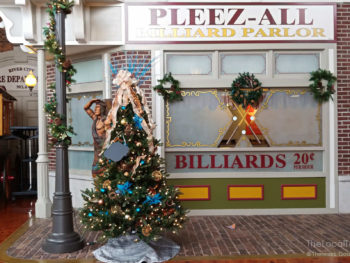 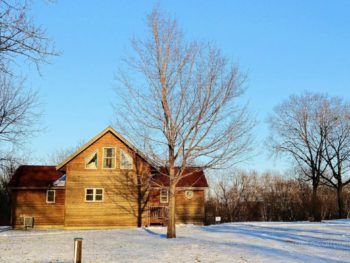 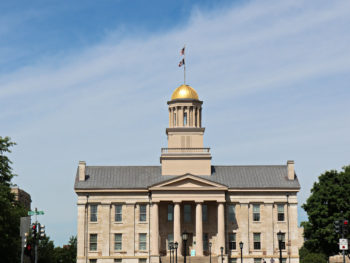 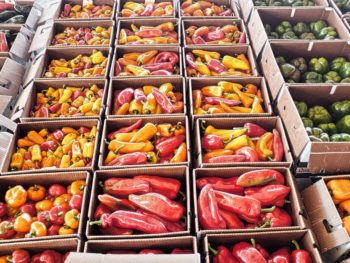 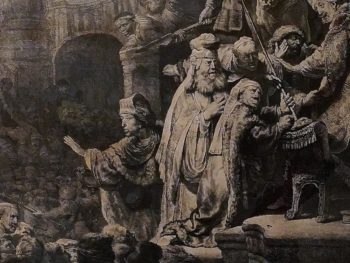 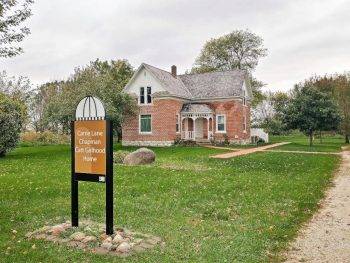 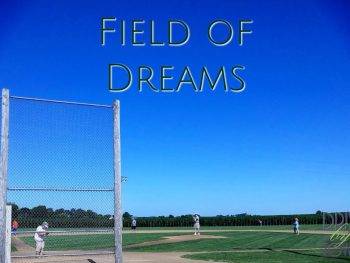 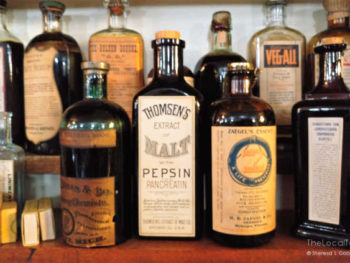 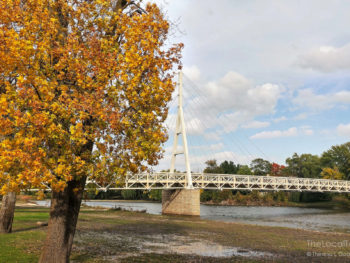 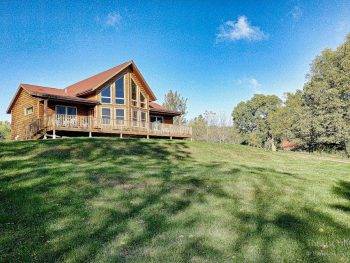